Well, it has been almost a full week since Sanity and I returned from Chicago, or more properly Mundelein, IL. As usual, I returned totally brain-dead and functioning on habit alone. Don't have a clue as to how I can tip the scales more in my favor on that point. I have managed to figure out a way to work around the FMS/CFIDS issues. I simply take my LaFuma longe chair with me and when I start feeling the warning signs of "the wall"
approaching I head for my chair. I am even getting darn good at bossing, oops, I mean teaching from that chair. So far I have not had a single complaint about my approach. So that part is good. It's just the "brain drain" that goes with 4 full days of teaching, leading, guiding, bullying, cajoling, babying a large group of people with dogs and some pretty strange superstitious beliefs is ferocious.

Enough on that and on to the most amazing thing that happened to us.

It all started with a phone call from a United Representative at 6:30 p.m.
the night before we left. This call was to inform me that my flight had been cancelled and that I would have to make other arrangements. I sort of pitched a low-key fit. As I pointed out to her, I had made my reservations more than a month in advance, I was traveling with a service dog and a special chair and just how did she suggest I go about finding a new flight at this late date? She wanted me to go to National or Dulles when BWI is only 20 minutes from me. Again, I asked for her suggestion as to just how I was to go about arranging for ground transportation at this late date? She said she would call me back within a half hour.

Sure enough, before the half hour was up she was back on the phone to me and I now had a new reservation flying out of BWI at 9:00 a.m. I thanked her for all her help, hung up and called the Airport Transport Service to change my pick-up time. Nice, cause it meant I could actually sleep an hour and a half longer in the morning.

Morning came, we made it to the airport and from curb to baggage check, through security and to the gate. It was total pandemonium. The area around two gates was totally packed with mostly unhappy people. All people who had been bumped from the earlier flight, plus all the people that were scheduled to fly out on the flight we were now on and another flight. I was sitting in a wheelchair right next to the check-in desk and I could see the computer screen. The more I watched the more worried I got. It was becoming pretty clear that there was no way Sanity and I were going to fit on that plane, no matter how small Sanity curled up, no matter if she was willing and able to hold a sit/stay for the entire flight. It just wasn't going to work. So...

I handed the ticket agent my boarding pass and asked her if I was seated in the right area considering how much room the two of us took. She agreed that I wasn't and said she would see what she could do about moving me.
Some time passed, I spent it mostly protecting Sanity for the unfriendly advances of a couple of out-of-control brats. Then the agent handed me a new boarding pass and said that the new seat would give us a little bit more room, but not much.

As she was handing me the pass, she was saying "hi" to a good looking gentleman who was getting ready to board the other plane. He overheard what she said to me and stopped. Took a look at me, at Sanity and at what I was having to do to keep the brats away from her. He asked me if I would be interested in flying first class? My eyes must have sort of bugged out of my head and I know my mouth was hanging open in a sort of stupid, fishface manner. He had to repeat his question because I was speechless. All I could do was shake my head yes.

He already had his wallet out and with that he whipped out a credit card and told the ticket agent to upgrade us to first class. I'm sitting there saying, "thank you, thank you" over and over again. The agent, took his card, glanced over at us, handed his card back to him and said, "Don't worry, I'll arrange it so the airlines picks up the tab." He simply smiled this totally dazzling smile, told me to enjoy my flight and boarded the other plane. Blink and the generous stranger was gone!

The agent handed me a new boarding pass and in answer to my questions, would only tell me that the gentleman was a weekly regular and a super nice man.
About 10 minutes before it was time for us to board the pilot walks passed, stops to talk to the agent, they both look at me, the pilot leaves and the agent says to me, "This really must be your lucky day. The pilot just told me the seat I gave you wasn't the best one and to move you to the best seat.
So she once again takes my boarding pass and hands me yet another one.

On the plane, the man who was supposed to have the seat next to me was moved to another first class seat, leaving Sanity and I to fly to Chicago is super first class comfort.

Amazing. Totally amazing. See there really are nice people still out there and I now am convinced that I have a major "pay-it-forward" to do at some point in the future.

And that is our story for Chicago.

Here are the pictures and I'm sorry they aren't in order. I tried. Really, I did try, but for the life of me I don't understand the logic(?) behind the way this blogsite uploads and then adds them to my blog. No matter how or what order I use it never comes out the right way.

For those of you who were there, enjoy the memories and a few more chuckles. 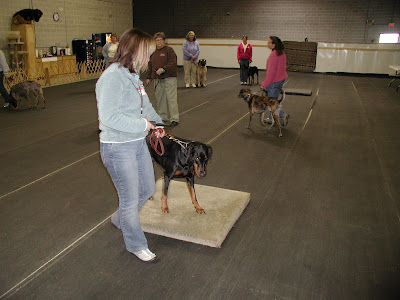 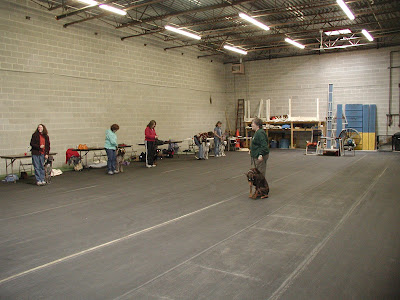 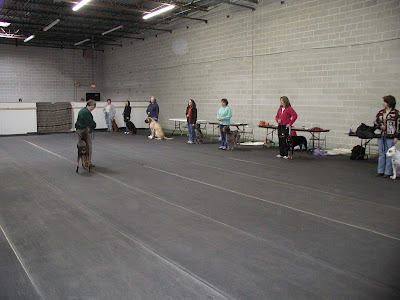 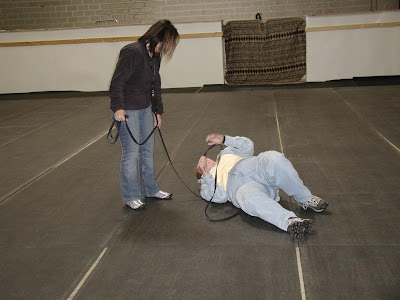 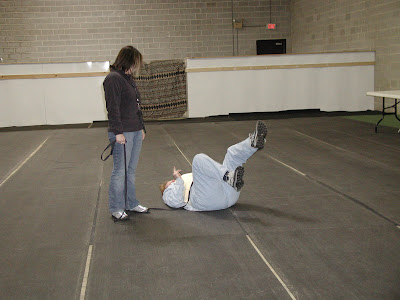 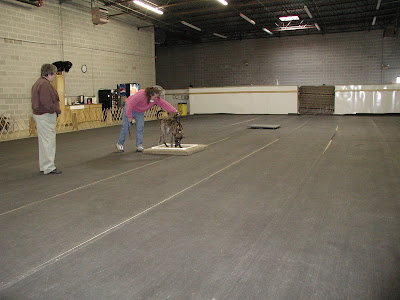 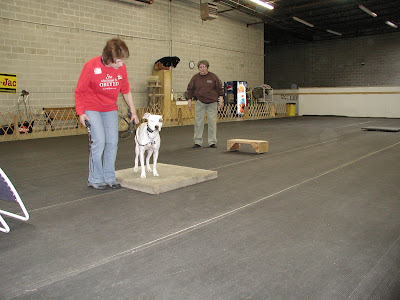 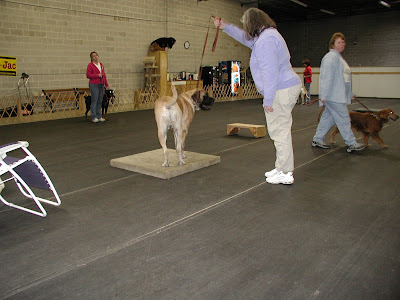 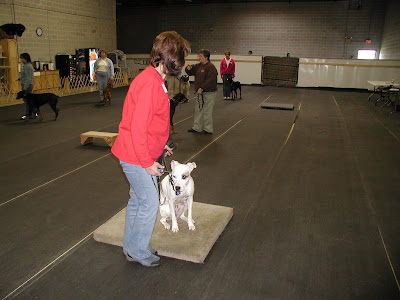 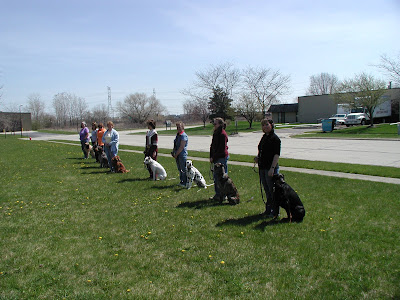 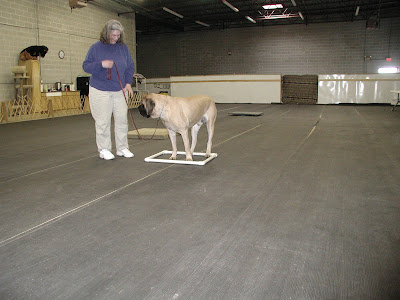 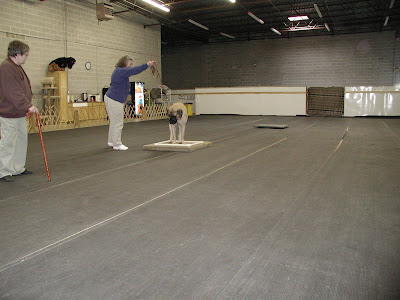 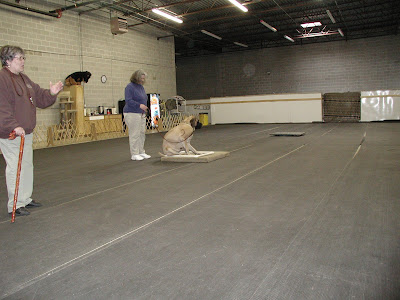 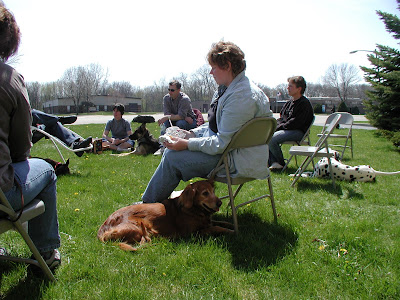 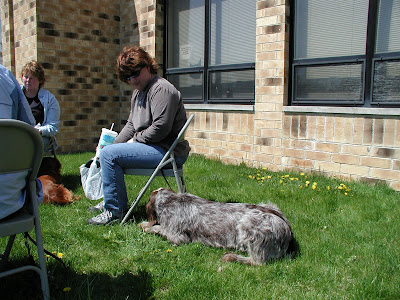 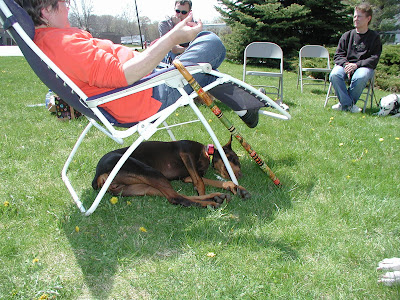 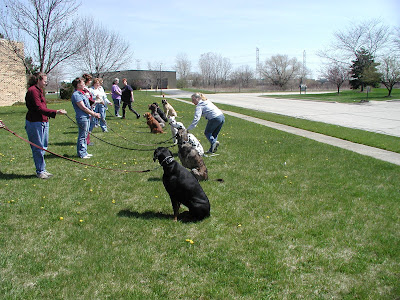